These are the advantages of almond, coconut and soy milk

With increasing numbers of people shunning dairy for a variety of reasons, not least due to lactose intolerance, interest in almond-, coconut- and soy- milk has been increasingly on the rise. There are many advantages to drinking these kinds of milk rather than cows’ milk or as an occasional replacement for it. So let’s explore what the advantages of almond-, coconut- and soy milk are in more detail

As the name suggests, almond milk is created from the almond nut and is surprisingly low in calories at just sixty, thus making it ideal for anyone who is weight conscious. 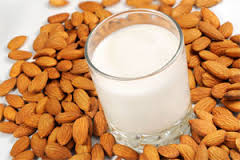 It has no saturated fat but plenty of omega fats, lowering the likelihood of high blood pressure. It has high levels of vitamin E, fiber and protein and a reasonable amount of calcium (a key concern if one is not eating or drinking any dairy products).

Crucially, it is dairy free and so is safe to drink even for the most severe lactose intolerant person. Also, until its packaging has been opened almond milk doesn’t have to be kept in the fridge so it is simple to store.

Long-favoured in the Philippines and Caribbean, coconut milk is gaining momentum as an alternative to cows milk in many other regions as well. 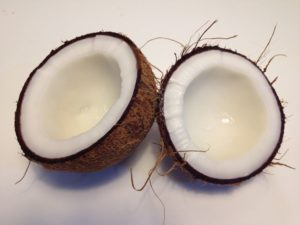 Whilst at first glance, one may be reluctant to consume coconut milk due to its relatively high calorie-count, one should not too be hasty to ban coconut milk from their diet. If this is a concern, ‘light’ options are readily available in supermarkets.

Coconut milk is incredibly nutrient dense, containing vitamins B, C, and E as well as magnesium and potassium all of which contribute to a healthy body. It is claimed that coconut milk can minimize the possibility of one getting Alzheimer as well as being good more superficially in decreasing the appearance of wrinkles.

Coconut milk can also be stored at room temperature until the bottle has been opened.

Other coconut products such as coconut oil and -butter can also be used as an alternative for dairy products for example in cakes and while cooking.

Soy milk has lots of protein, fiber, vitamins, and minerals. Those with high cholesterol should bear in mind that soy milk is first-rate when it comes to raising one’s lipid numbers and hence is also fitting for those with heart disease. 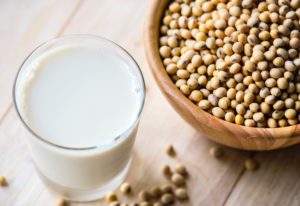 As it has omega 3 and 6 soy milk enables blood vessels to be increasingly flexible to shifts in blood pressure levels.

Much like almond milk, soy milk has fewer calories than dairy. The phytoestrogen in soy milk enhances how much calcium is used by the body and thus, bone mass is increased.